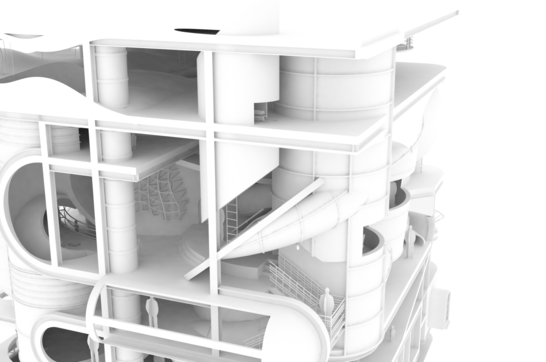 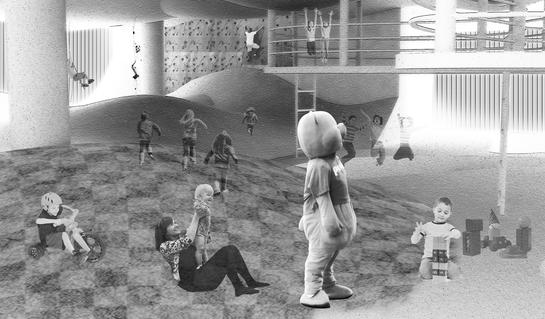 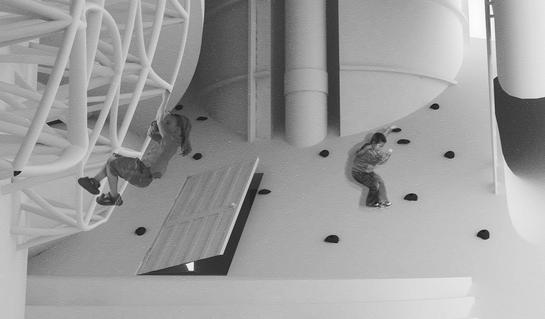 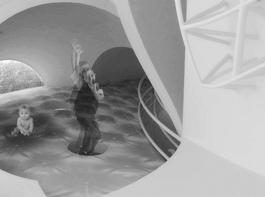 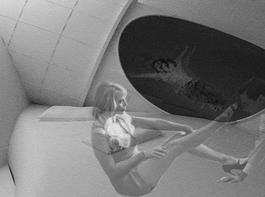 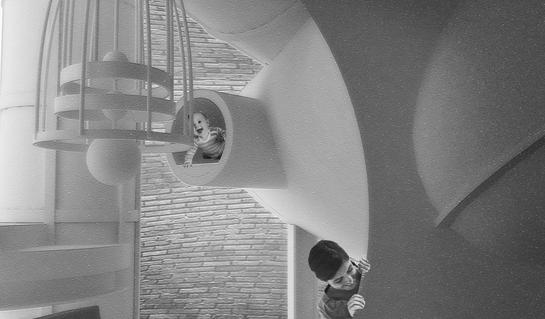 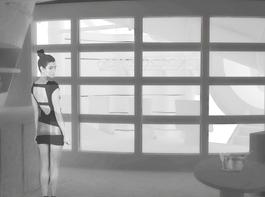 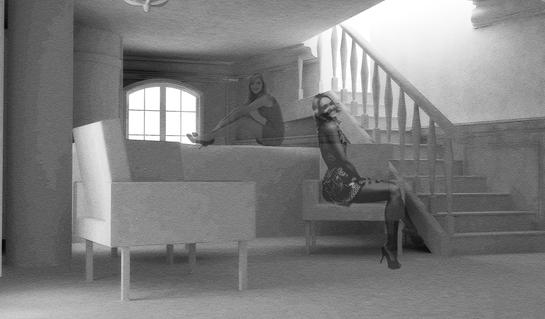 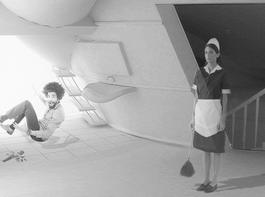 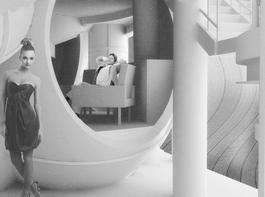 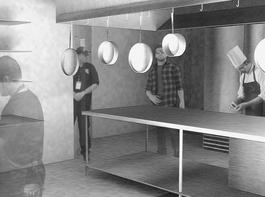 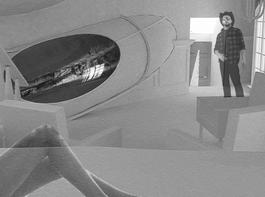 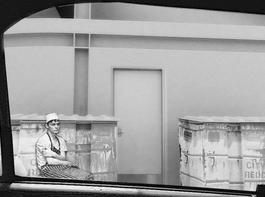 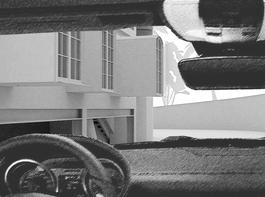 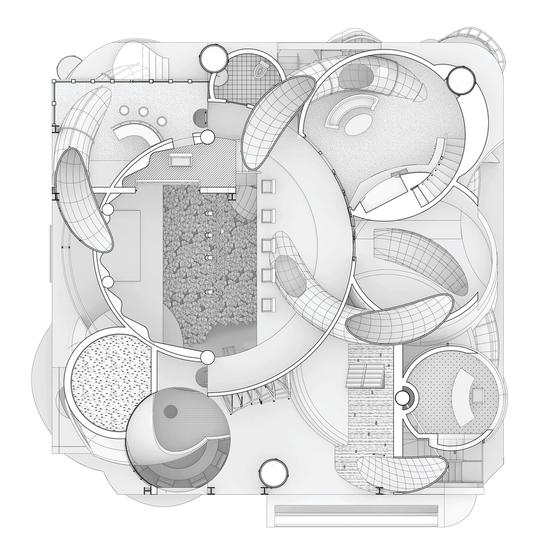 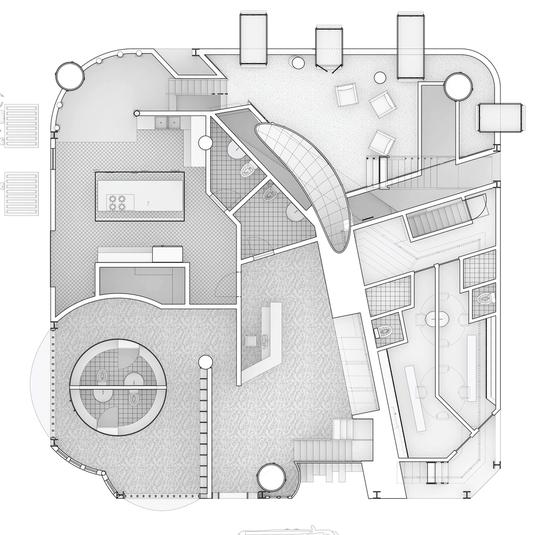 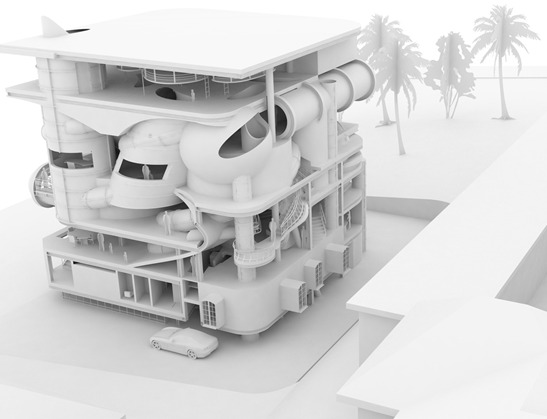 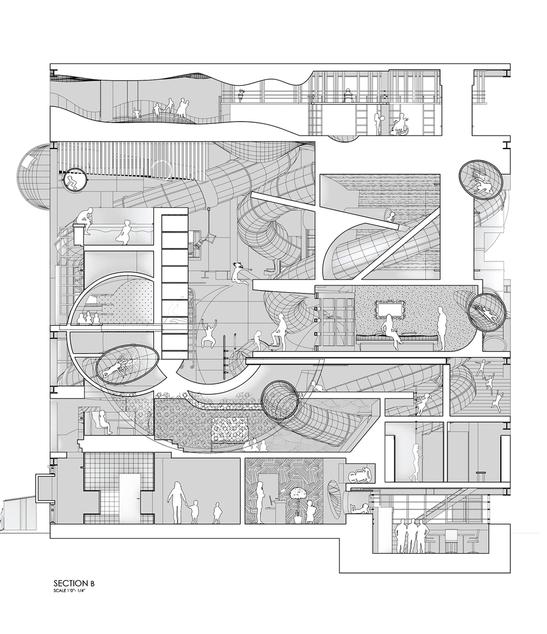 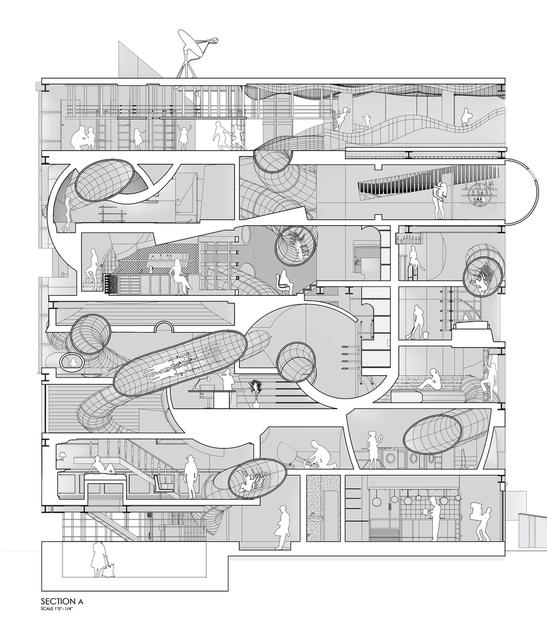 64 feet cube provides daycare and brothel services. Spatial organization of the project is driven by series of sliding pipes and the theater.Architecture of building focuses on idea of revealing and concealing. Project is designed from the inside out. The outside form is a result of interior relations and circulation contain within the building. Combination of two opposing program, generates indirect interactions between users. Each sliding pipe consists of windows, allows both users to have an indirect interaction between each other. Child sliding down the pipe gets a quick glimpse or blurry image of the action contain within brothel part without fully understanding it. Brothel user is implemented with the privacy and discretion. Entrance to the brothel is provided through the kitchen, which creates an effect of discretion. Kitchen functions as a typical kitchen, as well as transition space. Entrance through the kitchen also creates an effect of the "magic trick" contain within the project's architecture. Project introduces multi use of the space. Theater is the central space of the building, providing brothel costumers with all types of performances and shows .It also functions as a playground, allowed by the duration of time.Bottom of the theater is a foam pit, where children can jump into from the sitting platforms provided for brothel costumers. Theater branches off to masters suites , service spaces and childcare center. Geometry of the interior spaces acts as a hidden gym for kids. Things that look "cool " or unusual, create a senses of interest. People of young age are constantly learning new things, they want to experience it , touch it .Architecture in this project helps kids to stay fit without them knowing . Project also reveals new geometries conceal within the project. For example, the sliding pipe is a simple extrusion of the circle along a curve. Flat cut made by floor plate generates new more complex geometry,as well as entrance to the tube. This operation is a driver of a new system of the building. 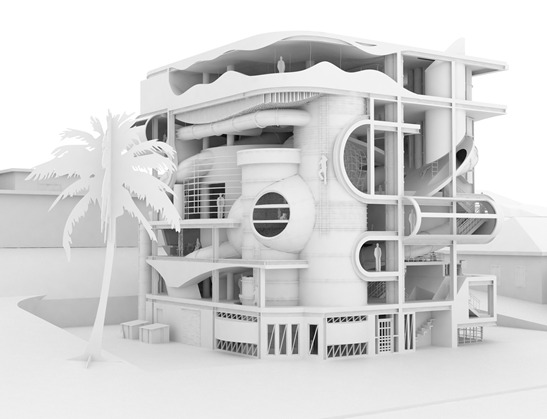 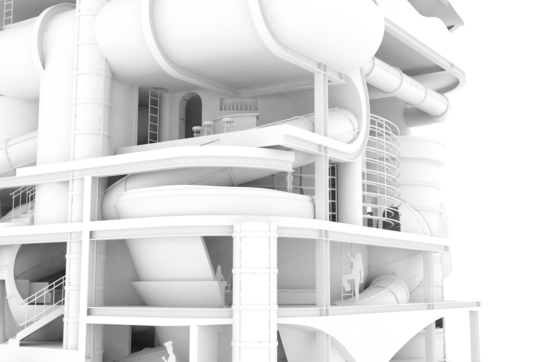 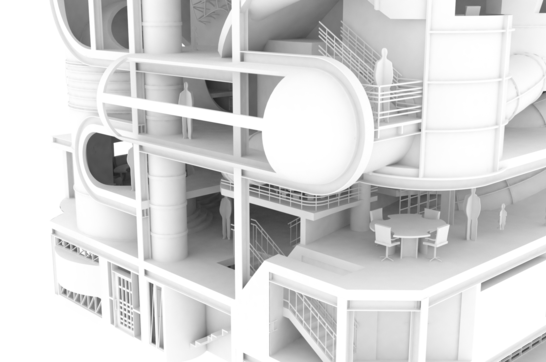 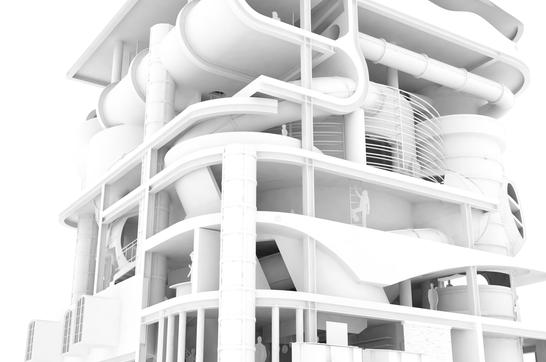 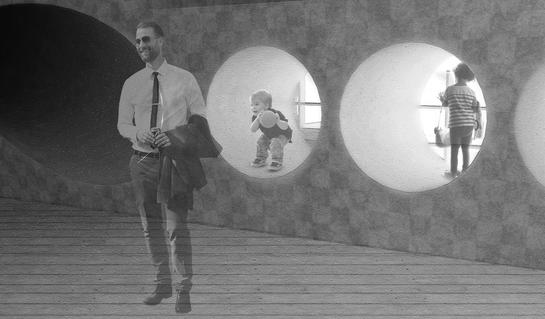 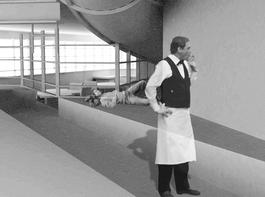 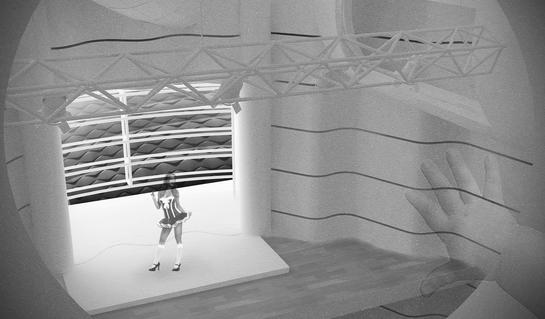 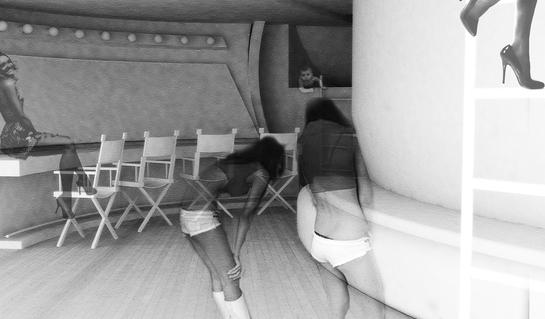