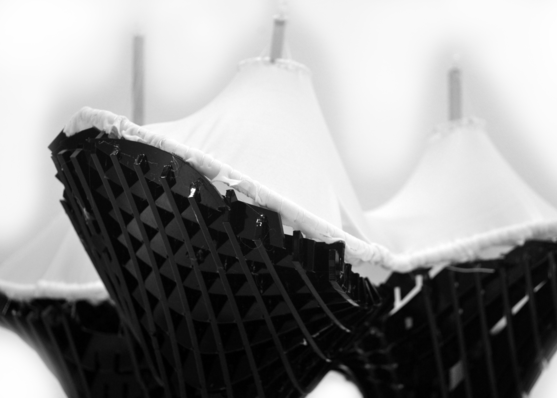 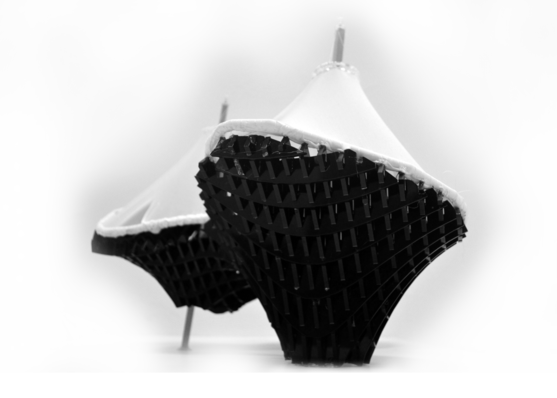 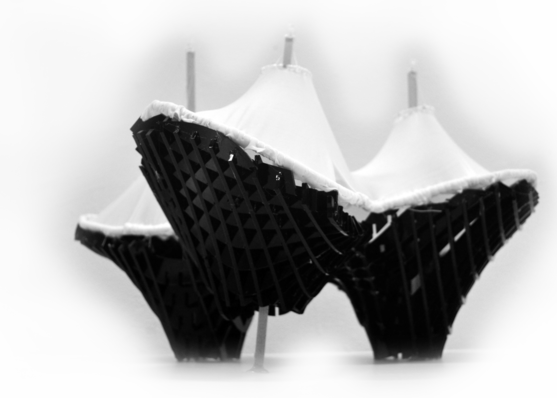 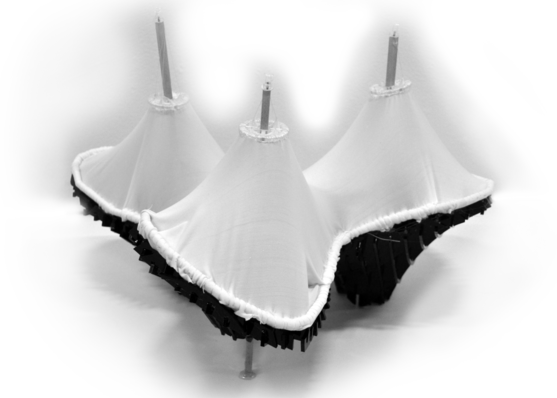 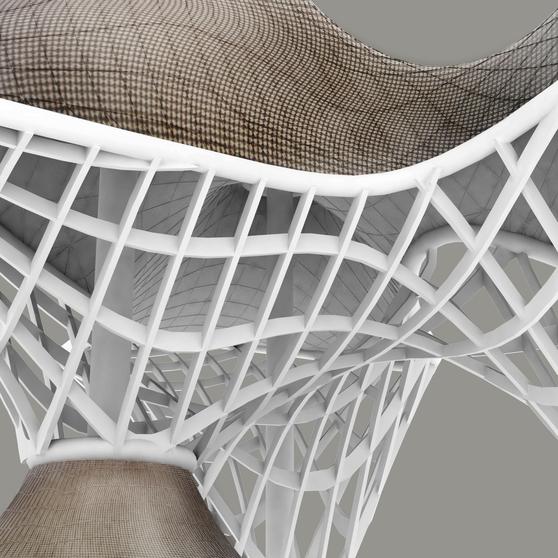 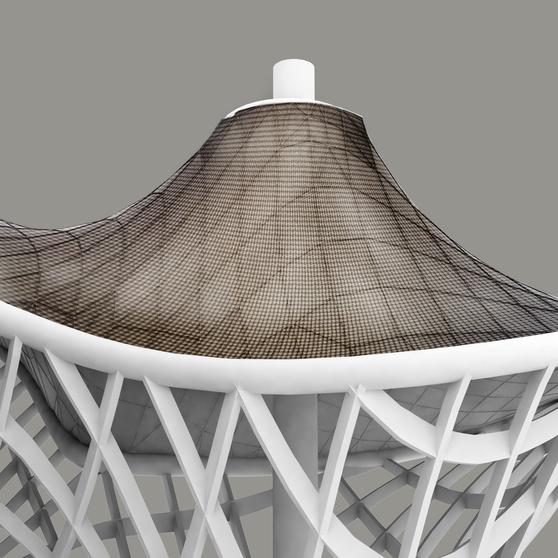 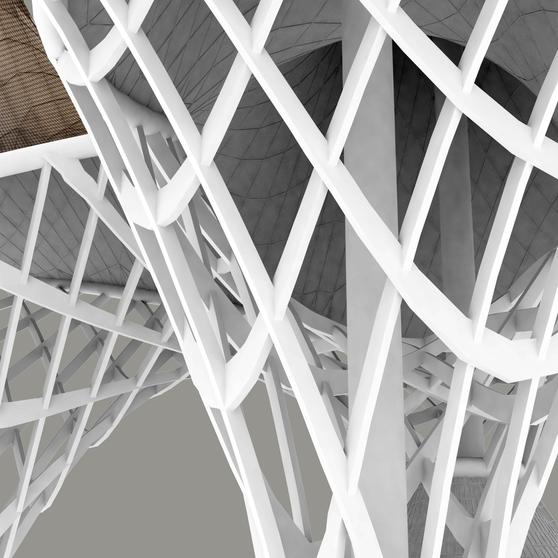 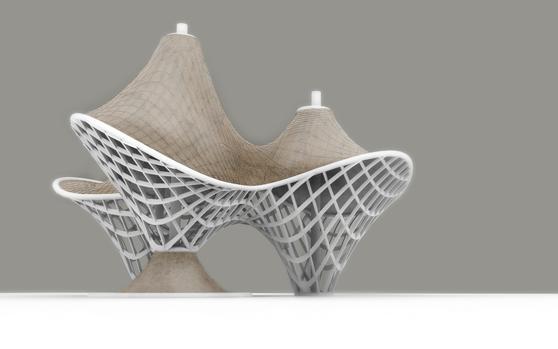 Project is a exploration of a hybrid structure, which is a mixture of rigid and tensile ​​​​​system. Project starts with digital studies, which get further tested by constructing an analog models. Design unfolds by combining three 2-dimensional circular shapes, creating a singular surface. Project is a result of rigorous set up of constrain points and direction of a compressive and tensile forces acting up on the surface. Manipulated surface unfolds into

3d-dimensional form. Project is  paying close attention to the behaviors of the forces ,as well as the materials embedded within the project. The rigid part of the structure is constructed using waffle system .The top part tensile system is using a fabric,in which the form is obtain by the set up of the constrain points. Geometric forms combine principles of tensile and rigid structural systems. Project is a representation of a design method in which pre-designated model is limiting a number of compromises within structural system. Project obtains back and forth process in order to gain a right balance between architectural design and engineering.