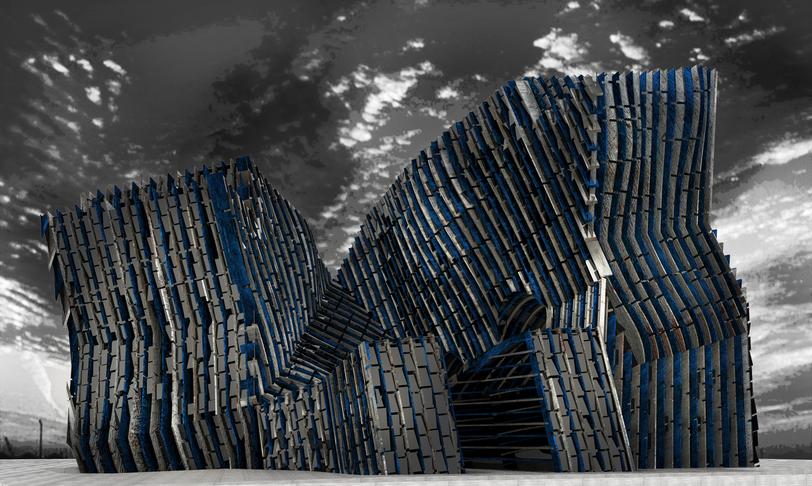 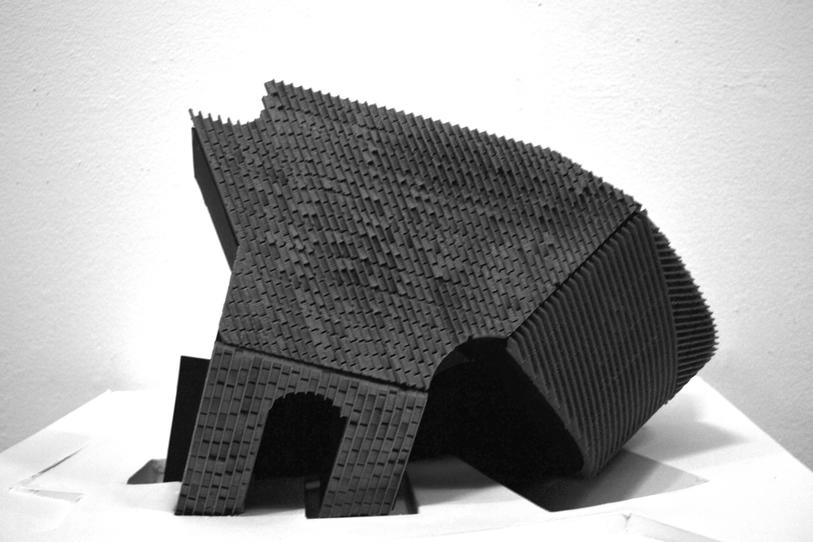 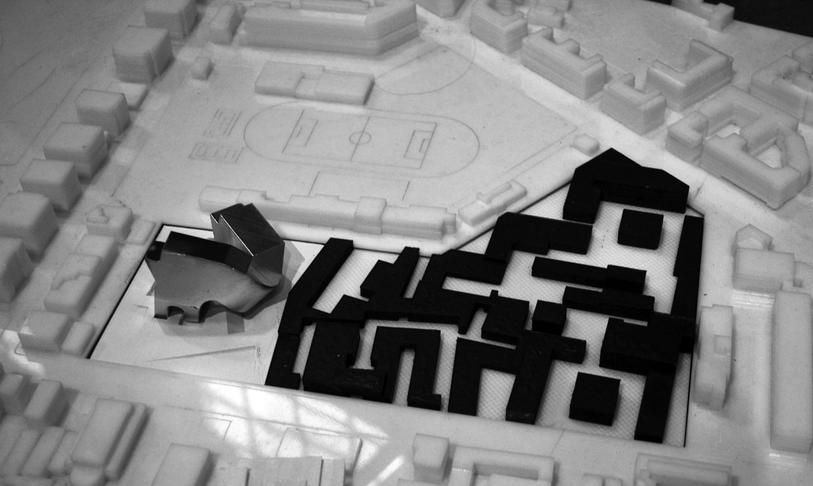 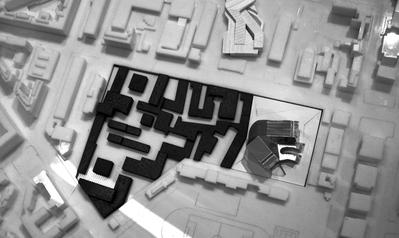 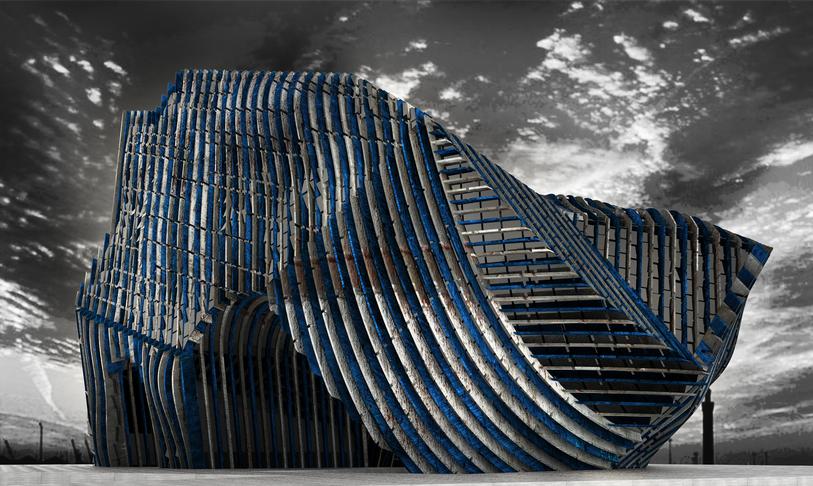 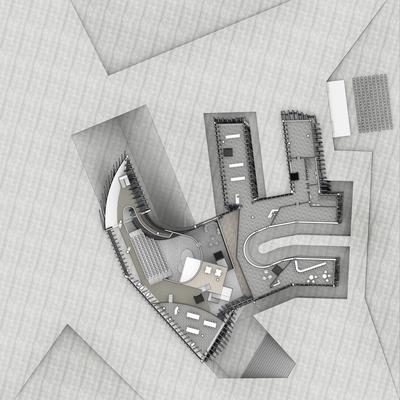 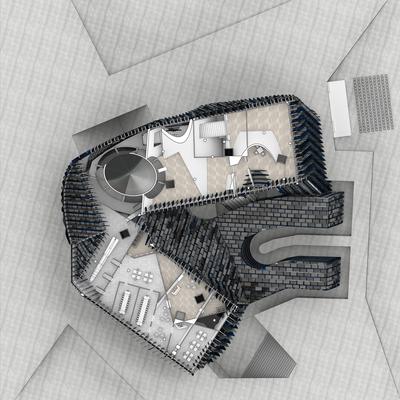 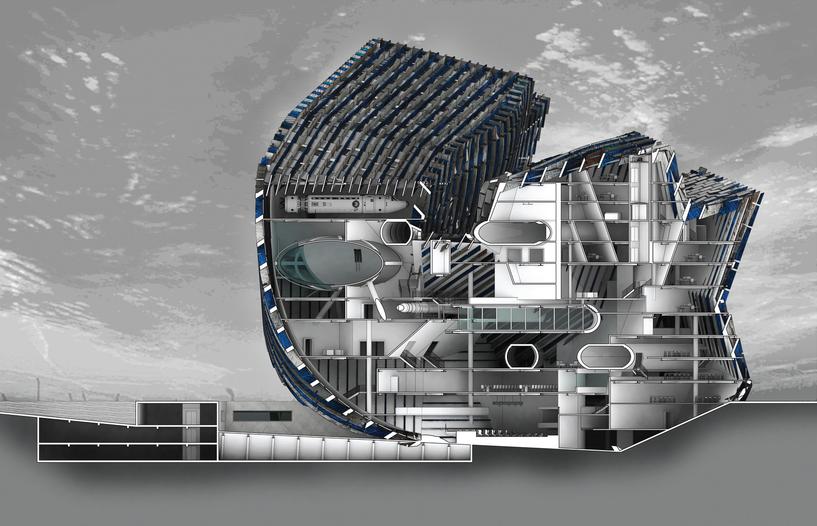 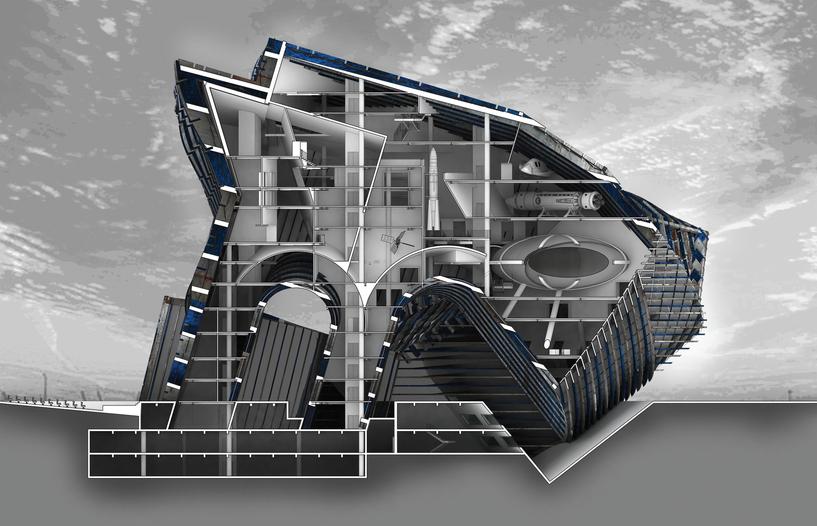 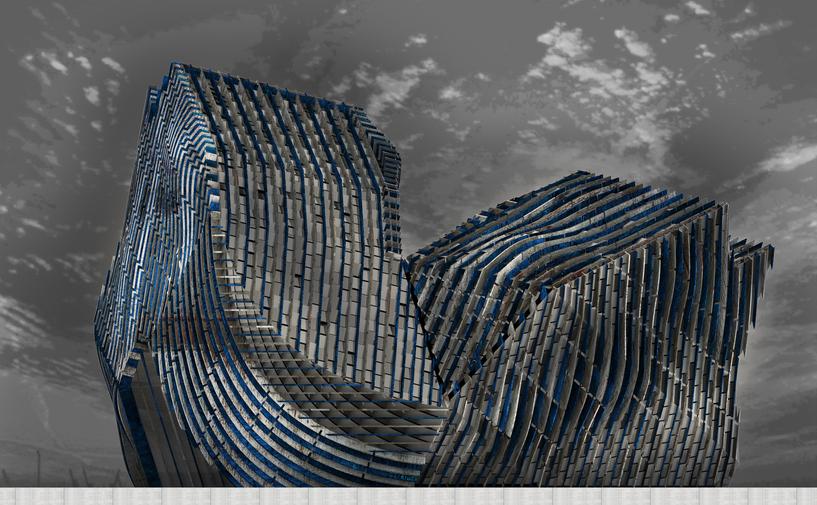 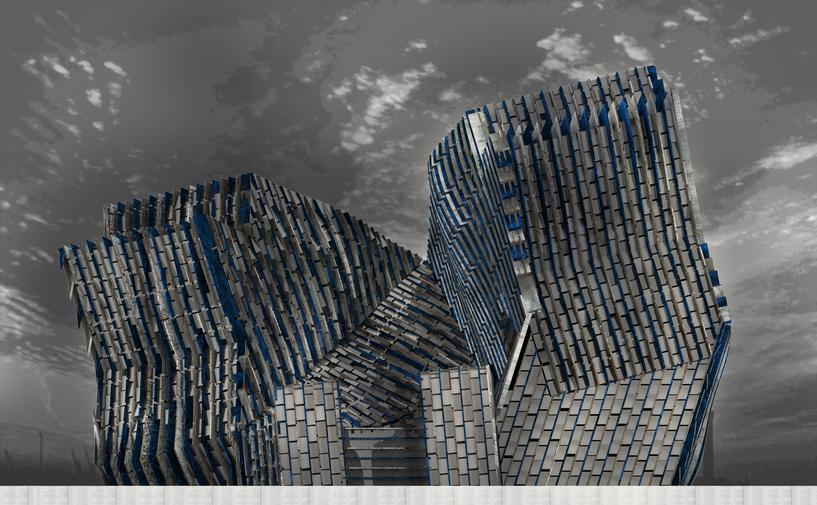 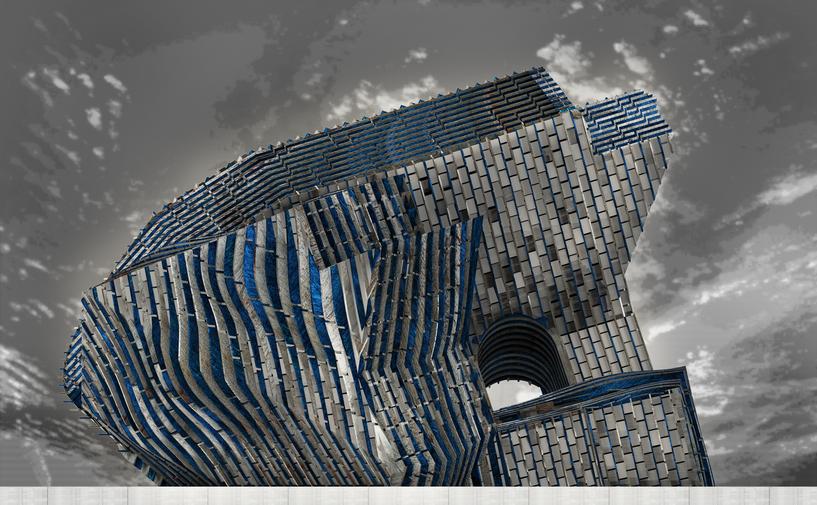 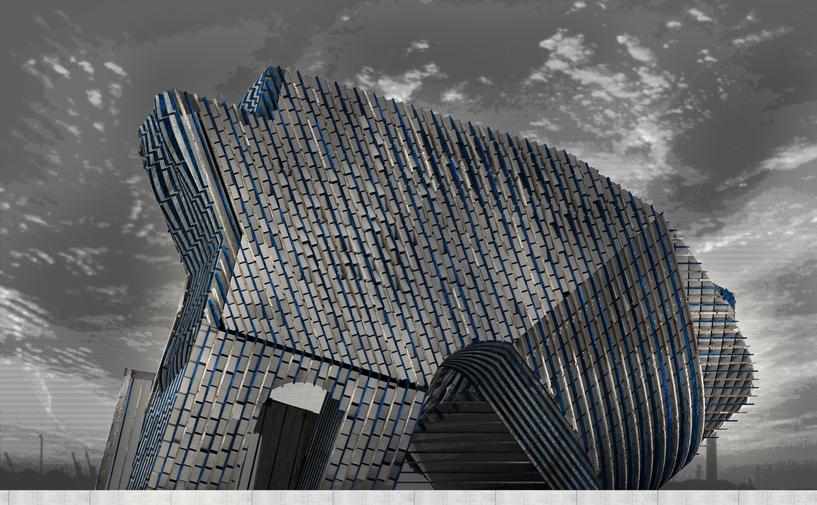 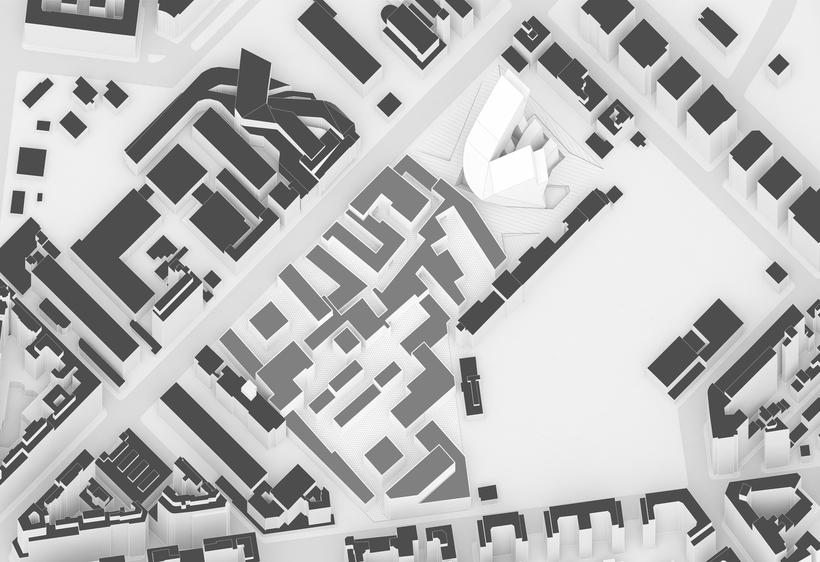 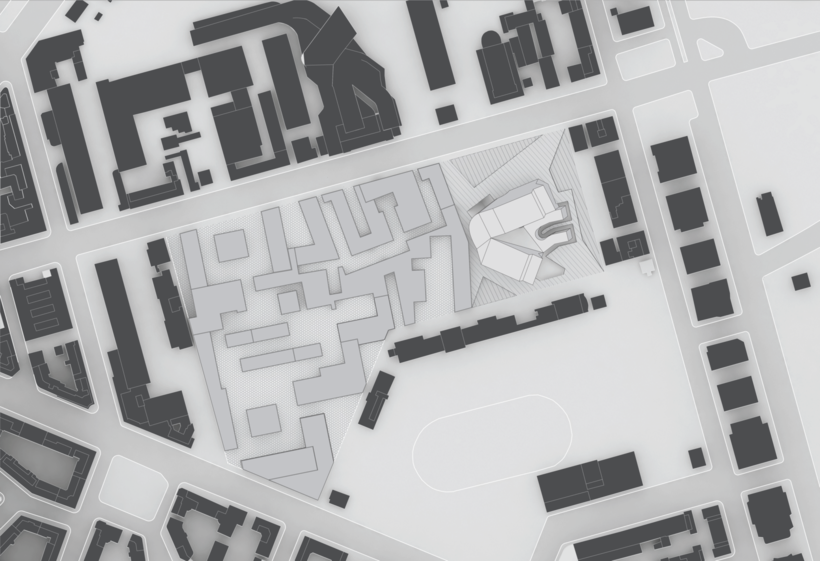 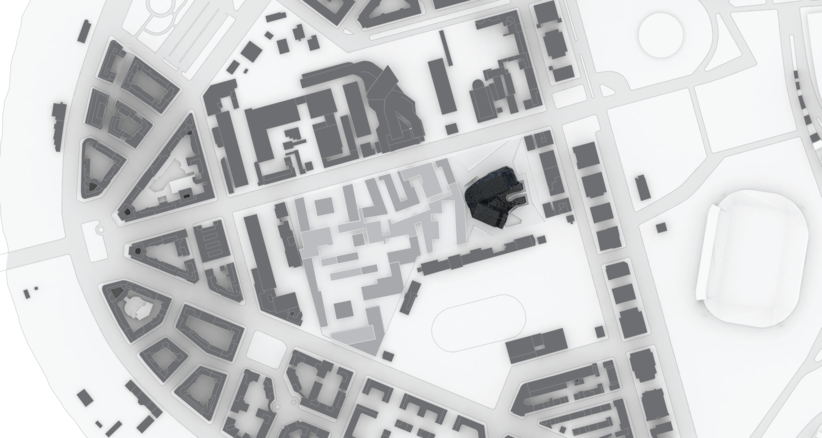 Project is located in Rome, Italy. Site takes on old military facility which is under design competition. Project would provide mixture of housing zone and design of a new science museum . The arrangement of these two zones are independent of each other. Project attempts sustain a clear separation between two zones in order to avoid public and a private circulation interaction.
Defective Arco takes partial aerial foot print profile of existing map of Rome which than gets inversed to create a negative effect of 2d tracing. Inversion of the profile becomes an extrusion of the residential buildings. Project attempt to keep the authenticity of the Rome by generating close resembles of the existing urban shape.
Museum building shape is distortion of Constantine arch. Original shape is modify in the way it reenacts a form of a drunk guy falling from the bench or a chair. The motion of the form also makes it appear as it’s folding on itself. The shape of the arc is no longer an elevation rather a plan. The interior spaces are generated by intersection of primitive geometry volumes like a box or a sphere and an exterior form itself. Museum consists of multiple kinds of circulation, by placing staircases, elevators and escalators. The program of the museum has all the basic facilitates, rooms and exhibition spaces.
The ground attachment is influenced by ancient carving techniques. Irregular geometry of the museum building generates an embed, which makes it appear, as it slowly immerses into the ground.
The facade consists series of vertical rotated panels divide by long span panels following museum exterior form. Rotation of the panels creates a gradient effect. Gradients changes depending on the position of the viewer. 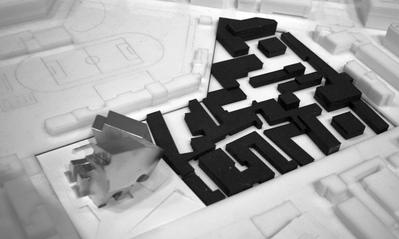 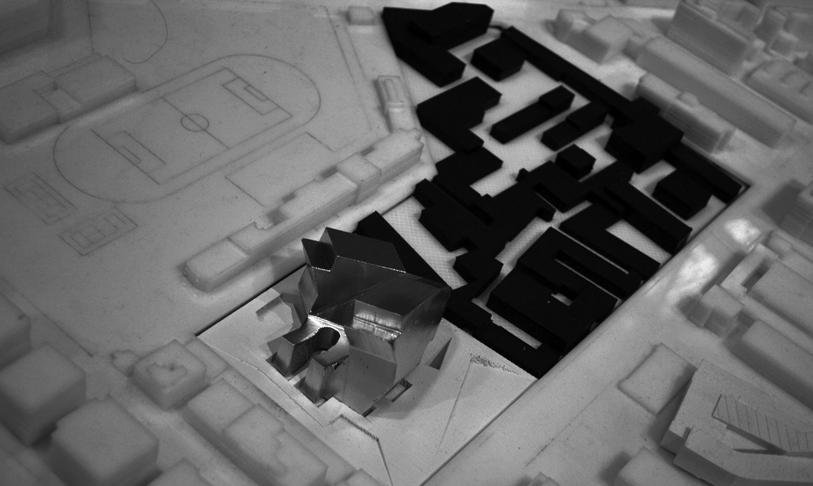 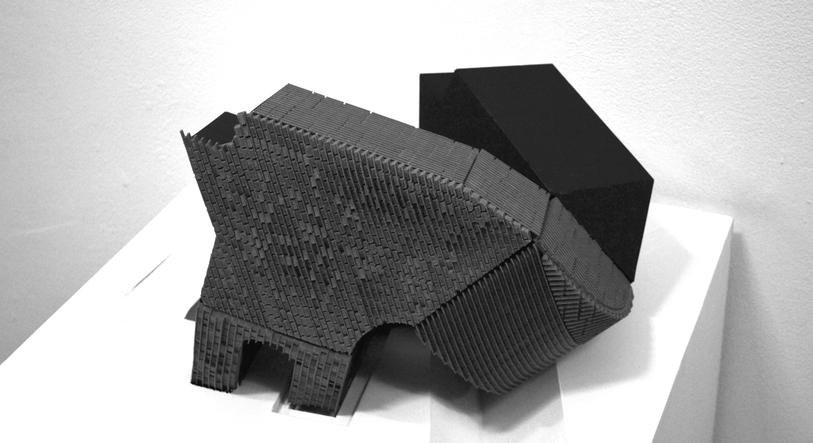