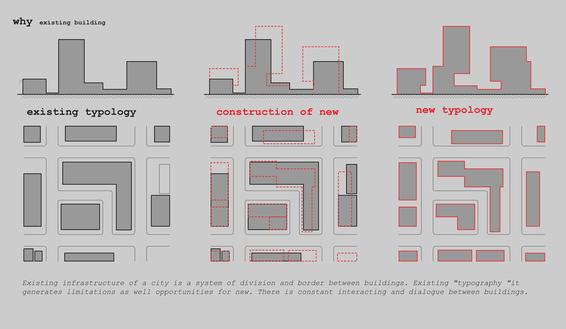 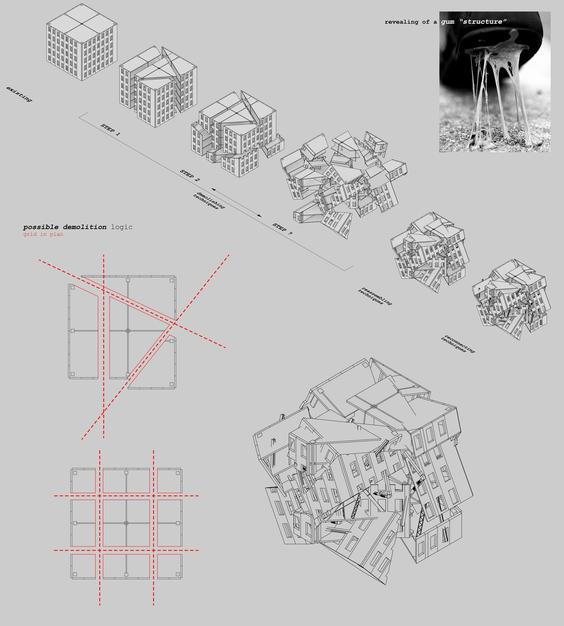 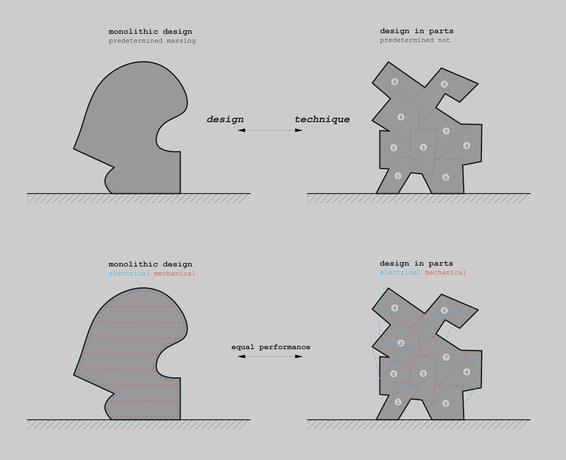 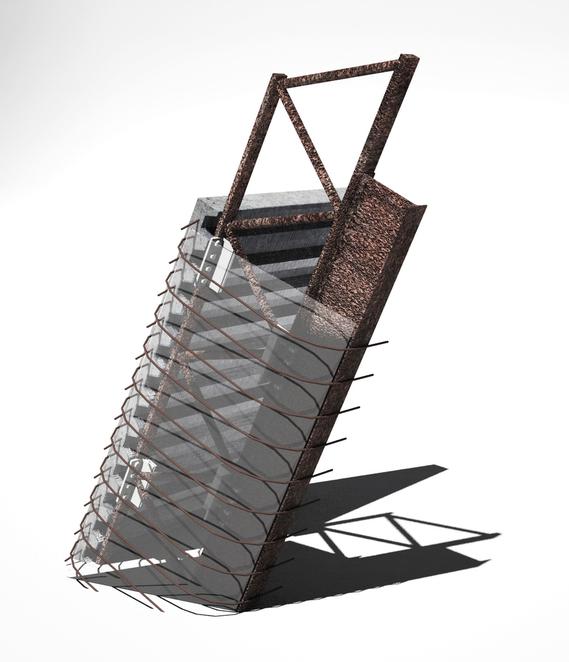 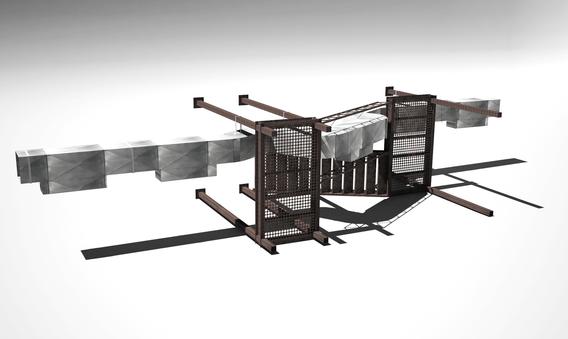 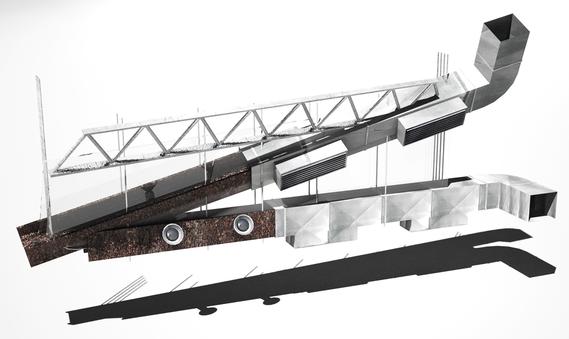 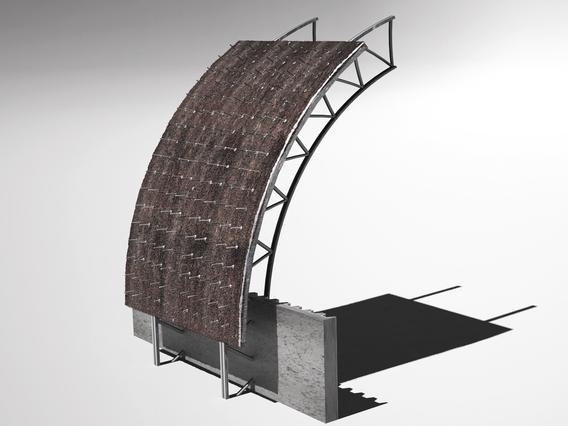 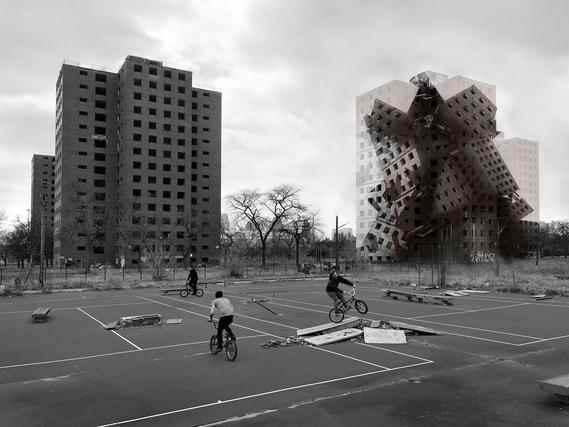 Project is a process of reusing, reconfiguring, rebuilding

an existing building. Process unfolds by taking exiting building
and breaking it down into a system of "elements".

Broken down building makes up a modular system, which gets reassemble back together in completely different way. Primary focus of the project is building’s inter-consciousness.
Process of reconfiguration starts redefining system elements by changing their functions.
Function of each element might be effected by its orientation as well as its distribution in space.

Project explores new techniques of the building construction. The exterior and interior form is unknown prior to the outset of a reassembly process.Research of the project takes close look at the detail that comes from technicality of a structure and MEP systems.

Reconfiguration of the systems has a significant impact on
overall design of a project. Project is meant to be fully
functional, with all the means of occupiable building.

Design process ignores a typical monolithic approach to
the design, it rather sets up singular elements which make
up a system of unity between singular pieces .In many cases
of monolithic design, systems follow the outside shell as
well the interior rooms.In this project, outside profile of the completed building has no effect on the system embedded in it.

Research is also exploration of an effect made on aspect of politics and environment. It raises a question if "architecture" should
stop building and start re-building. The massive urbanization
and rapid expansion of the cities have big impact on
infrastructure of a "city", as well as the environment.